Create a router and set a gateway

Now it’s time to create a router and set a gateway.

What was configured on the nodes by Openstack? 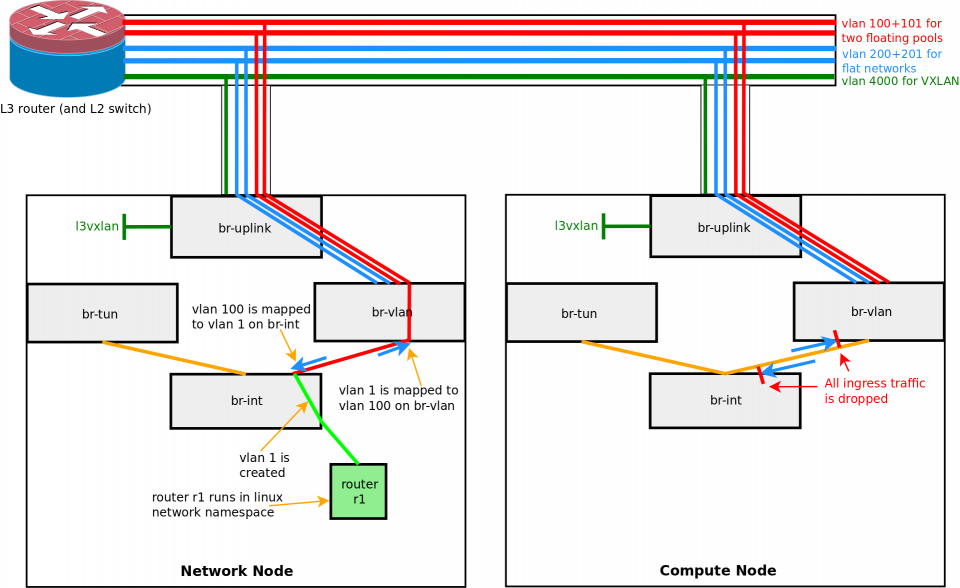 After creating the first router and setting the gateway

A node local vlan has been set up by Openstack on br-int. This vlan 1 has to be connected to vlan 100 on our public network. This is done by using two Openflow rules to map Vlan IDs on br-int and br-vlan.

Create a second router and set a gateway

Now create a second router and set the gateway to use the second floating pool. 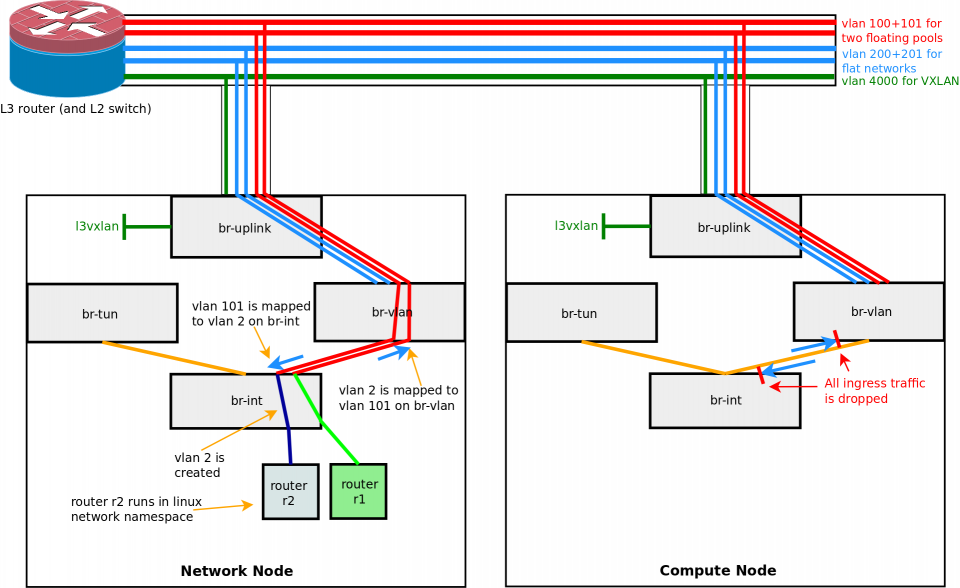 After adding the second router

Creating a second router and setting a gateway triggered the creation of a second node local vlan on br-int. Another set of vlan mappings between the local vlan 2 and the global vlan 101 is created on br-int and br-vlan.

Create a tenant network and attach it to r2

Create a net/subnet and attach it to r2
Shell

Lets take a view on the network: 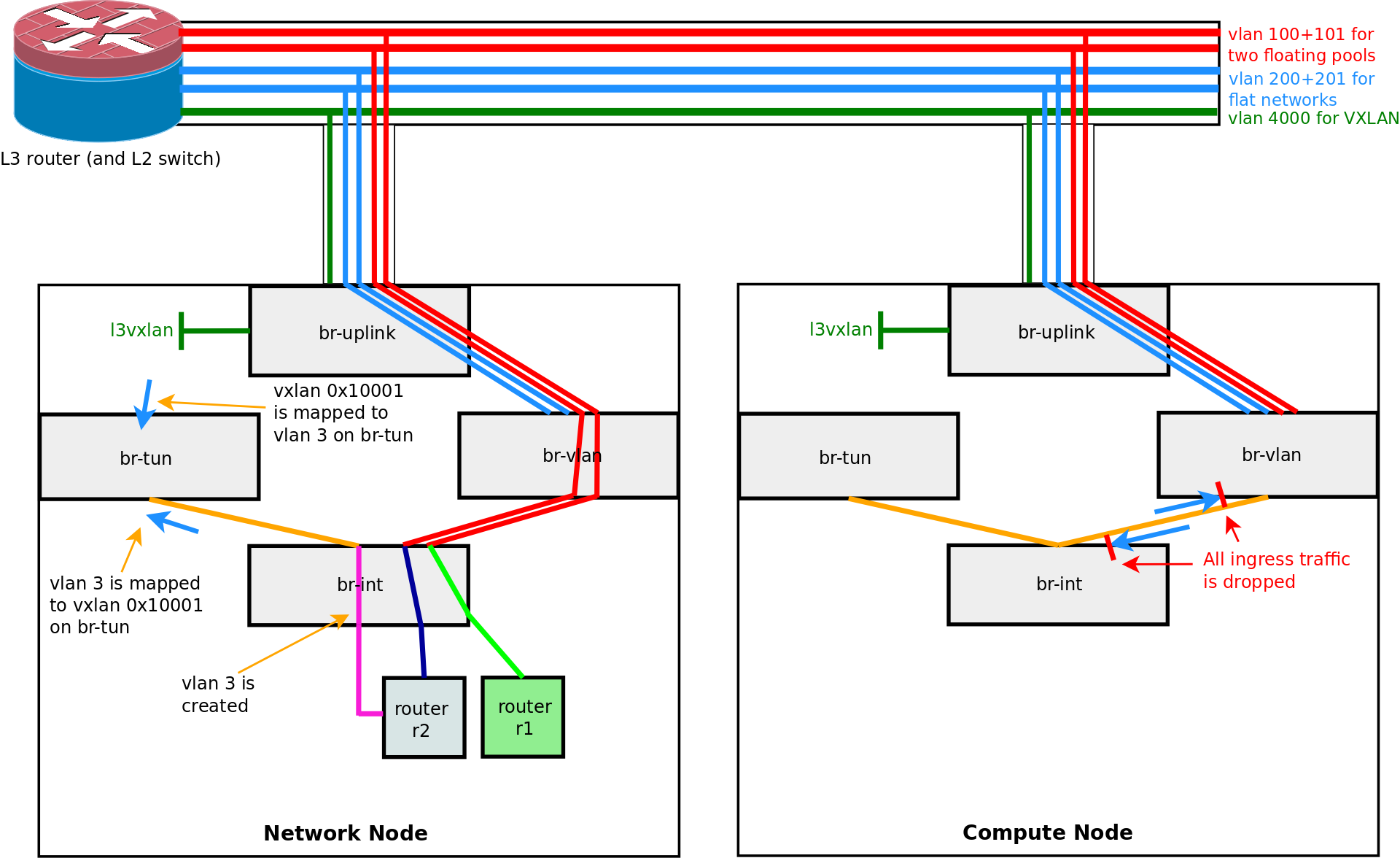 Create a net/subnet and attach it to r2

The tenant network n1/s1 is assigned the node local vlan 3. This network is using vxlan for the L2 transport, because it is a tenant vlan and the tenant network type has been set to vxlan. The global vxlan id 0x10001 is assigned to this tenant network by Neutron. On the network node, vlan 3 on br-int must be used to attach the interface of the router r2. In addition, a vxlan to vlan mapping is created on br-tun:

On the dashboard, the tenants network view shows: 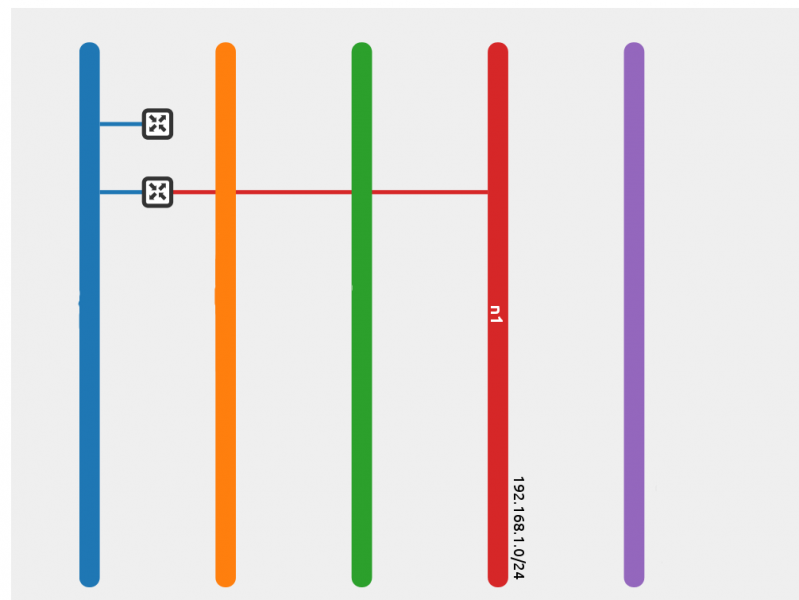