I have access to a few non enterprise SSDs running in PCs. The systems are running Linux with different workloads. Most of the SSDs are reporting smart values from the disks, e.g. Wear Leveling Count (WLC) and LBAs written. Taking these two values, it is possible to extrapolate the SSD endurance. The assumption here is, that a wear level count of 100 announces the official end of the SSD life (estimated EOL).

The Transcent 370S delives 2 orders of magnitude more Bytes to write by just looking at the SMART numbers. Officially the 1 TB model delivers 1180TBW, my estimate from the SMART numbers says 2880TBW. An interesting point is that the current documentation of Transcent has reduced the lifetime to 400TBW.

Some charts for Transcent 370S. 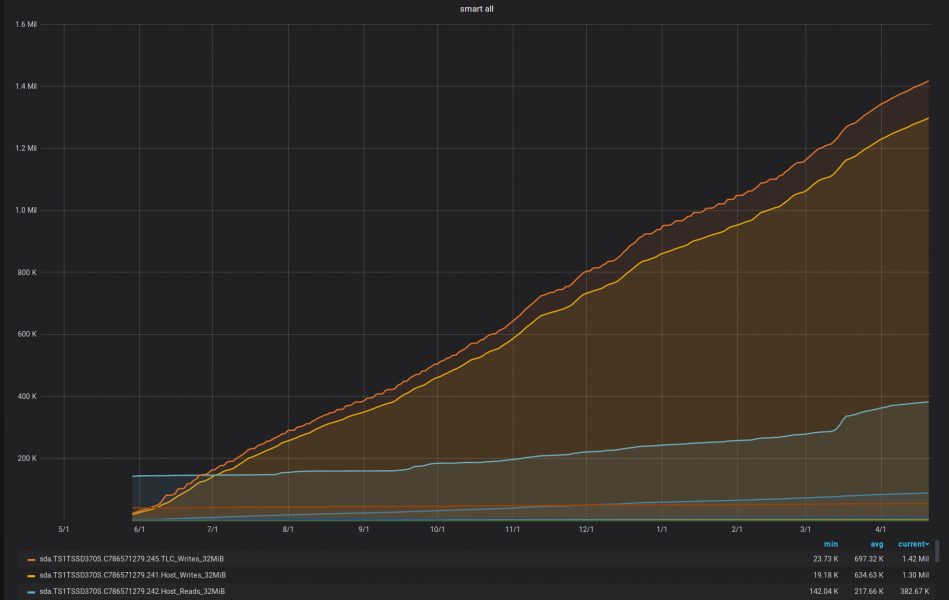 The R/W chart shows the number of blocks counted in 32 MB chunks read and written. Host writes and TLC (should be MLC for this disk) writes differ by 10%. When the number of TLC_writes hit 1M, the disc lifetime has fallen from 100% to 99%. 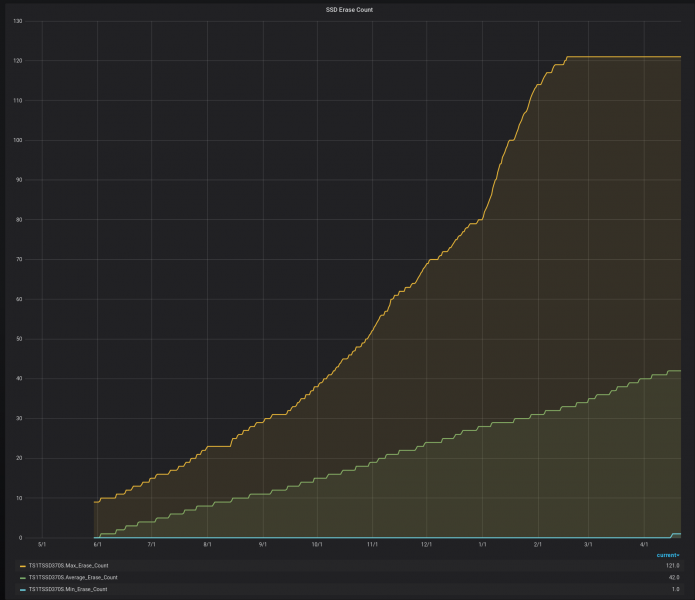