In a previous article I showed an analysis of the Openflow rules on the OVS bridge used for tunneling traffic between nodes.

Openstack Neutron offers an option to populate MAC entries on br-tun. In order to use this option, the mechanism driver l2population has to be added to the file ml2_conf.ini .

When using the mechanism driver l2population, the openflow table 20 is prepopulated with MAC entries by the OVS agent. A snapshot of the Openflow rules from br-tun is shown below: 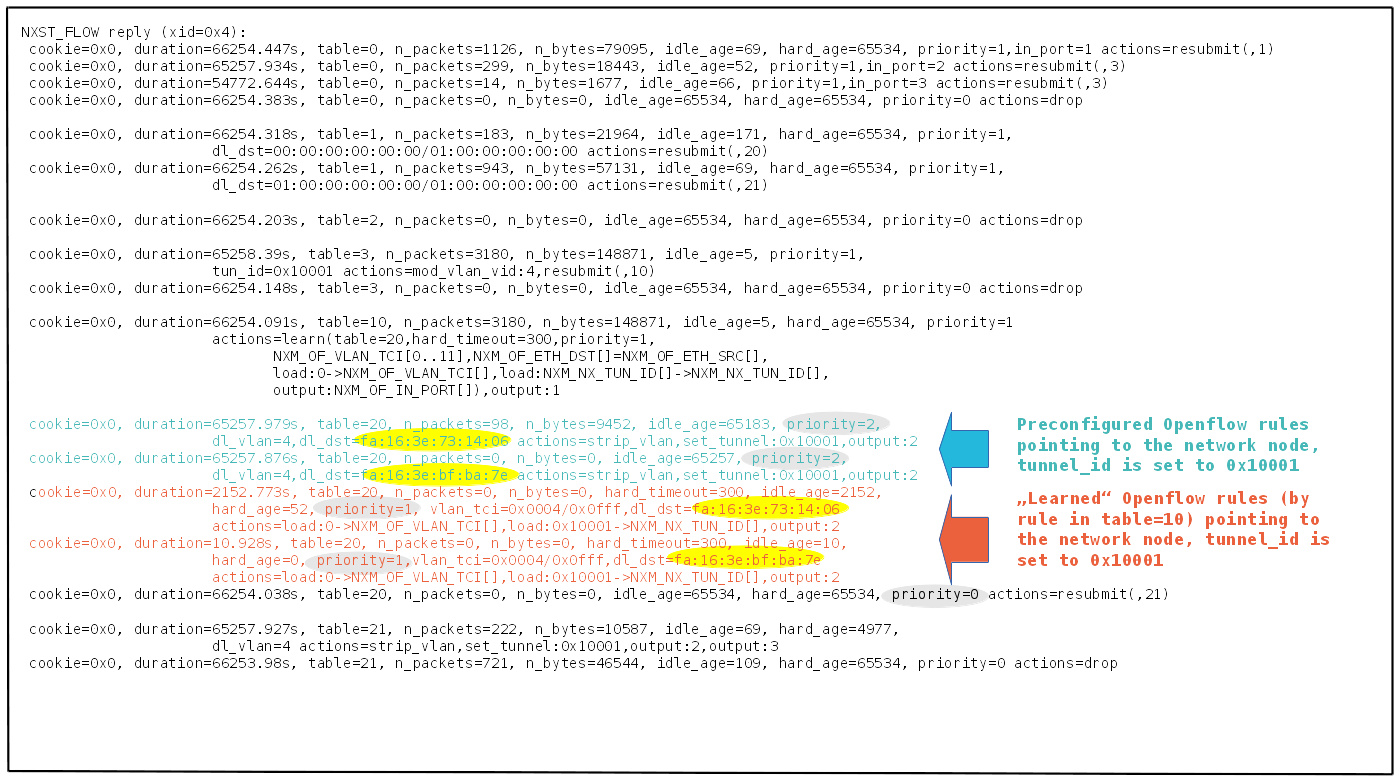 The flow through table=20:

The advantage of using the mechanism driver l2population is very limited with the current (Icehouse) implementation. Practically only the traffic type „unknown unicast“ benefit from l2population. For all environments, the amount of unknown unicast traffic is very low.

The more important part to avoid the flooding of ARP requests is missing. ARP packet mangling by the OVS is supported starting with OVS version 2.1. Ubuntu 14.04 is using OVS 2.0.1. IPV6 ND is also not handled.

At least up to now (July 2014/Icehouse) the advantage of using l2population for the infrastructure is too low compared to the risk of running Neutron with l2population under high load conditions (RPC communication…).

I do not use l2population in Icehouse.

The next Openstack release Juno has the necessary code for the local ARP responder when the Openvswitch version 2.1+ is used on the OS layer.